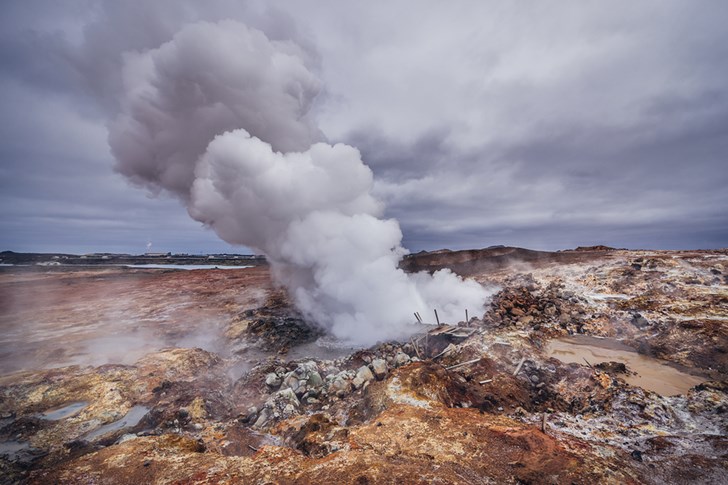 5 Must See Hidden Gems in Iceland

Where can you go to escape the flurry of tourists in Iceland? Being filled with plenty of gems, there are many beautiful landscapes to explore which are hidden throughout the country. To find out where they are and how you can visit, read our ultimate guide to 5 of Iceland’s hidden gems.

The Seljavallalaug pool is located in the south of Iceland. Among the pools in Iceland, the Seljavallalaug pool is the oldest and is still in pretty good condition. The pool measures 10 meters in width and 25 metres in length, which made it the largest swimming pool in Iceland until 1936. It can also be noted that there is no admission fee to enter the pool, which is an added bonus. To reach Seljavallalaug pool from Reykjavik you will need to drive East along Iceland’s Ring Road. You then need to turn onto Route 242 for the car park. When driving this route you will get a glimpse of some of the wonderful sights Iceland has to offer, including the Seljalandsfoss waterfall and Eyjafjallajokul glacier.

Stood alone off the coastline in Hunafjordur, the Hvitserkur rock is a truly magnificent sight. Once being the plug of a volcano, the rock appears to be ‘rising’ from the sea. Icelandic legend has it that the rock was once a troll who did not retreat from the light, meaning he was turned to stone. From some angles, the stone looks like a dragon drinking from the water. To reach the rock, you will need to take a detour from the main Ring Road of Iceland, in between Rekir and Blonduos. Simply drive road 711 from the Ring Road to find this hidden masterpiece.

This stunning Icelandic crater lake is a hidden beauty within Iceland. Surrounded by bright red volcanic rock, the sapphire Kerid Crater Lake sits in southern Iceland along the Golden Circle. One side of the slope is coated in thick green moss, just to make the lake that little bit extra colourful. You can find the crater 15km north of Selfoss, right off highway 35. To enter and walk around the rim of Kerid, it costs 400 kronur, which costs roughly £2.50. We highly recommend a visit!

Gunnuhver is Iceland’s largest geothermal mud pool, and by some is labelled as haunted. The legend goes that an old woman, known as Gunna once lived in a small community in the Reykjanes Peninsula in the 18th Century. She was very disliked for being a witch, who always had a pot bubbling away. Before her death, she fell into dispute with a judge, who then attended the woman's funeral. The next morning his body was found bruised and mutilated, believed to be the victim of Gunna’s ghost. To save the ghost causing further mischief, locals left a loose end from a ball of twine for the ghost to grab hold of, which then rolled and trapped her in the hot spring forever. Whether the legend is true or not, Gunnuhver is still an amazing sight which has tons of history. Visitors can view the spring from a wooden platform, which is safe to observe from.

The Buri cave is truly remarkable. Created by a river of thick molten lava, the cave is said to be one of the most significant discoveries due to its tremendous size. It runs a mile underground, with a 56ft lava fall at the end of the tunnel. This is the place if you're looking for something geographically amazing and adventurous. Be sure to check whether the cave is open or not for your visit.