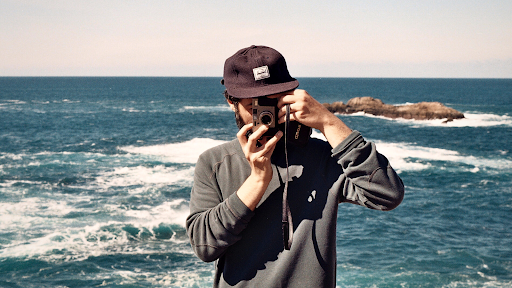 Are you a content creator looking for your next location? Iceland presents a beautiful array of untouched landscapes, perfect for everybody to enjoy.

International Day of the Icelandic Horse

The unusual and improbable seem to live comfortably among the stunning sights and fascinating geological phenomena in Iceland. Towns, landscapes, and even people all have their hidden quirks in this magical land, whether you choose to search for them or not. Some of the best places to take a look at Iceland’s most fantastic and unusual side is in museums.

The Best Festivals in Iceland this Spring

Iceland is often recognised for its incredible scenery and picturesque landscapes. For these reasons, it has become an increasingly popular tourist destination.

Beautiful Icelandic Folksongs and the Stories Behind Them

Just like countless other cultures around the world, Iceland is home to unique and beautiful forms of music.

How to be Polite in Iceland

In recent times, Iceland has seen a significant increase in tourism from travelers hailing from all over the world.

Iceland is a truly mesmerising place, filled with an array of natural phenomenons, from active volcanoes and frozen glaciers to skyscraping mountains and black sandy beaches. In other words, Iceland is a photographer's paradise. 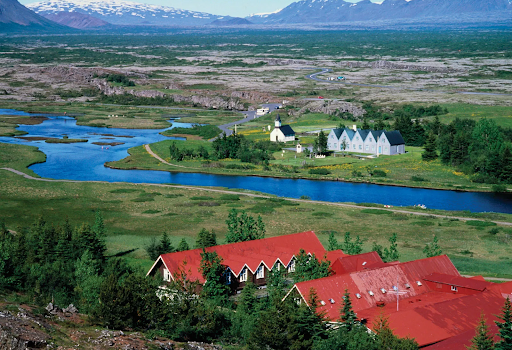 Ever wondered about what life was like for ancient Icelanders? Discover when Iceland was discovered along with other fascinating Iceland Vikings facts. 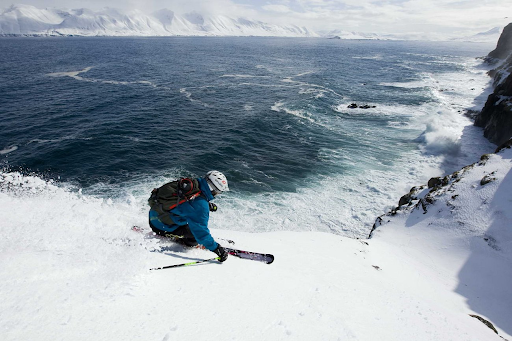 Heli-skiing is quickly becoming an activity for the whole family. Find out what it is and where is best for Heli-skiing in Iceland in our blog.

The Importance of a Travel Plan In Iceland

Creating a travel plan when you visit Iceland is a strong recommendation of ours, to ensure you have a safe & enjoyable trip. Read here for more details.

Sports are hugely popular across Iceland, both traditional and modern. Learn about the unique and more common sports that Icelanders love taking part in.

While it’s impossible to speak for an entire nation, for the most part, Icelanders love Christmas. The whole month of December is dotted with different celebrations and traditions, making it one of the most enjoyable times to visit the country. 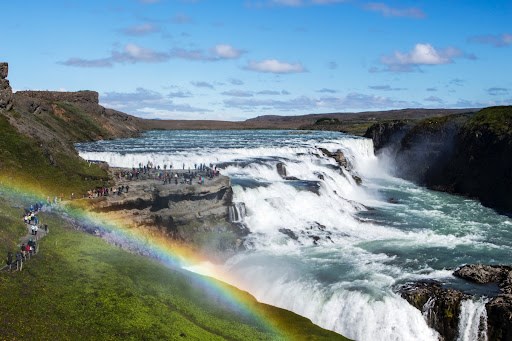 The Best Day Tours from Reykjavik

Iceland boasts an array of natural wonders and attractions. Find out some of the best day tours from Reykjavik here. Read now. 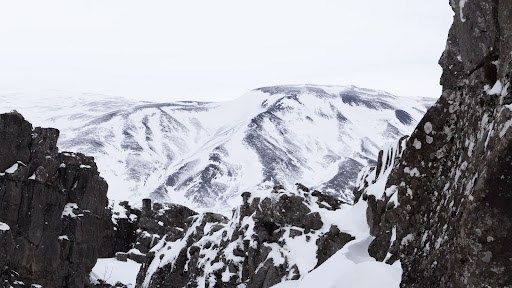 Famous Movies & TV You Never Knew Were Filmed In Iceland

Everyone loves Iceland - even Hollywood! Discover some famous movies and tv shows you probably didn’t know were filmed in Iceland. Read now.

Top 5 Golf Courses in Iceland You Must Play

If you are a keen golfer and are thinking about taking your next vacation to Iceland then we have got the top 5 golf courses in Iceland you must play.

Romantic Things to Do in Iceland

With restrictions potentially lifting to allow holidays later in the year, Iceland has a mix of relaxation, adventure and stunning views to provide you with the perfect couples holiday after so long stuck at home.

Iceland is infamous for its other-wordly waterfall landscapes, immense glacial structures and bubbling hot springs, but did you know that Iceland is also well known for offering a very high level of education to its residents?

There are a number public holidays a year in Iceland, ranging from traditional holidays that are celebrated across the world like Christmas and New Year, to those a little more specific to the people of Iceland, such as Commerce Day or Independence Day.

The Best Ice Cream Parlours in Iceland (Outside of Reykjavik)

Icelanders love to eat ice cream all year round - yes, even in the cold northern winters. So no matter what time of year you visit this friendly island nation, you’re sure to find the perfect ice cream parlour to satisfy your sweet tooth. Here, we're sharing the best ice cream parlours in Iceland, outside of Reykjavik!

Top 5 Attractions to Visit In Iceland During the Summer

If you are planning on a trip to Iceland during the Summer then you might be looking for some of the top attractions to visit during your trip to Iceland.

Icelandic Bands and Musicians You Must Know

We have put together a list of some of the most popular and upcoming Icelandic bands and musicians that you should get to know. Take a look now!

How Has Coronavirus Affected Iceland?

Travel is slowly starting to open back up worldwide but there are still some lasting effects of coronavirus on the travel and tourism sector. There are still a number of restrictions when travelling abroad and different countries have their own rules and requirements.

The Best Seafood Recipes in Iceland

Fishing has always played a crucial role in the economic and cultural history of Iceland, and as such, the creation of some brilliant Icelandic seafood dishes have developed over the years. If you're looking to create your own, check out our blog on the best seafood recipes from Iceland.

Here at Atak Car Rental, we are delighted to offer Icelanders a flexible and convenient long term car rental in Reykjavik, Iceland. Our rental cars are perfect for driving through Reykjavik, and depending on your choice of car, also venturing through the more remote highlands of the country.

The Benefits of an Iceland Road Trip

Unlike many other European countries, Iceland does not have a strong public transport system. There are no rail options and even busses are very limited. This is why you should consider the many benefits of opting for your own Iceland road trip by renting a car. We’re here to tell you a little more about these benefits.

The Ultimate Guide to Nightlife in Reykjavik

In recent years, Reykjavik has become well known for its fast-paced nightlife, praised by locals and tourists from all around the world. The bars and clubs in Reykjavik ooze style and character, packed full of character and friendly people.

5 Must See Hidden Gems in Iceland

Where can you go to escape the flurry of tourists in Iceland? Being filled with plenty of gems, there are many beautiful landscapes to explore which are hidden throughout the country.

Are you looking to live like an Icelandic local? Read our blogs for the best tips to help you achieve the perfect Icelander lifestyle.

The Best Winter Activities in Iceland

Icelandic winters are known for the infamous Northern Lights, ice caves and glaciers. We have lined up some of the best things to do in winter to make your trip to Iceland unforgettable one.

Iceland is a bird watcher’s paradise. Despite the harsh and arid reality of Iceland due to its geography, Iceland is rich in biodiversity, homing a variety of landscapes such as volcanoes, mountains, glaciers, grasslands and bogs; its vegetation is predominantly subarctic. Iceland boosts a range of native and non-native species; such as, whales, artic foxes, seals, cattle, dogs, horses, reindeer. Iceland is particularly a popular for its birds, currently there are around 85 distinct species of bird in Iceland. Since human settlement an astounding 330 avain species have been identified. It is reported that 60% of the world’s puffin population breeds on Icelandic cliffs such as Látrabjarg, in Westfjords.

Our Guide to Icelandic Traditions

Want to learn more about the Vikings in Iceland, bun day, wives’ day and other Icelandic traditions? Click here!

Traditional Icelandic Dishes You Have to Try

The best way to truely experience Icelandic culture is by sampling their food. Traditional Icelandic dishes are unique to the island, with few being found outside of the country.

All About the Icelandic Sweater

Looking for the best place to buy an Icelandic sweater in Iceland? Read our latest blog to learn about their history and tips on where to find one to buy!

Your Guide to Reykjavik Culture Night

If you are heading to Reykjavik during August, then make sure to try and take part in Reykjavik Culture night. This is a celebration of Icelandic culture and is an event that is enjoyed by the capital’s locals.

In our blog, we’ll walk you through some of the best ways to experience Akureyri like a local, from the best places to eat to the best things to do.

Heiðmörk - A Hidden Gem in Reykjavik

A hidden pearl in walking distance from the outskirts of Reykjavik.

The Weather in Iceland

One of the things that you need to know about Iceland before your trip is that the weather is very unpredictable.

This route hits some of the most popular places that you can visit in Iceland.

Choosing the Right Car for an Adventure in Iceland

When it comes to choosing the right car to use when exploring our beautiful island, there are many things that you should bear in mind.

If you are planning to travel in 2018 why not try Iceland? We have got something for everybody. Here are some good reasons to check out our beautiful country.

How to Spend Two Days in Iceland

If your time in Iceland is limited then read this to understand how it´s best spent here. This article is about what you could you do if you only had two days in Iceland, because that is a question we get a lot, so here is our answer. 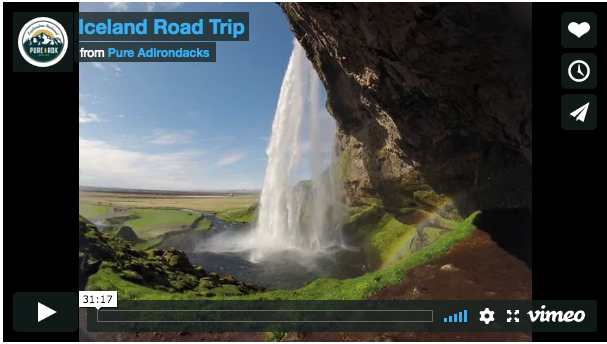 Check out this awesome video of a road trip created by travelers to Iceland....

How do People Travel in Iceland?

Rent a Car and Drive the Circle of Iceland

The most popular and complete vacation in Iceland is to drive the whole circle of Iceland. Along the coast there is a road called the ring road, or route 1. It encircles the whole island and from it you can see some of the best natural attractions that Iceland has to offer. This article will tell you how you can plan for a trip like this in 6 days, and what attractions you can see along the way.

When driving in Iceland you might come across some driving conditions that you are not used to in your home or native area. Our team have put together a short blog regarding what you need to be aware of when driving around our beautiful country.