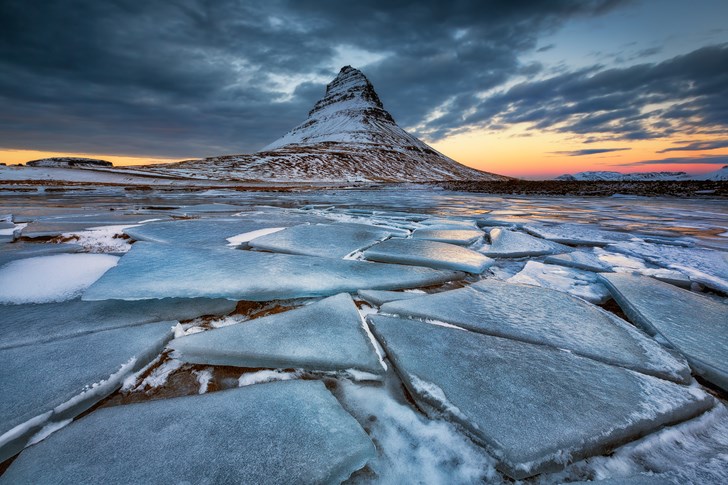 The Weather in Iceland

One of the things that you need to know about Iceland before your trip is that the weather is very unpredictable.

The weather in Iceland is very changeable and is mostly influenced by the atmospheric depressions crossing the North Atlantic, the so-called "Iceland-lows". The passage of a depression some distance south of Iceland causes relatively cold and dry weather, especially in southern districts, while one passing north-eastward between Iceland and Greenland brings relatively mild and dry weather, especially in the north. Gales are common among the coastal areas of Iceland, especially in winter, while thunderstorms are extremely rare.

For two to three months in summer, there is continuous daylight in Iceland, referred to as the Midnight Sun. During this time in the summer the nights are bright throughout Iceland and in June the sun in the north never fully goes down. The winter darkness (three to four hours' daylight) lasts from about mid-November until the end of January. Another special Atmospheric Phenomena is Aurora Borealis, more commonly known as the Northern Lights. The Northern Lights can mostly be seen in the autumn and winter months.

It's also important to pack the right clothes for your trip to Iceland. Light clothing is ideal in warmer months, though we would recommend using wool clothing for hiking and spending time outdoors during the evenings. Medium to heavy clothing is advised in winter. Waterproofing is recommended throughout the year because it can rain at any time in Iceland. Be prepared for rapid and extreme weather changes, no matter where and when you go.

Now you know everything you need to know about the weather in Iceland and can enjoy your visit!