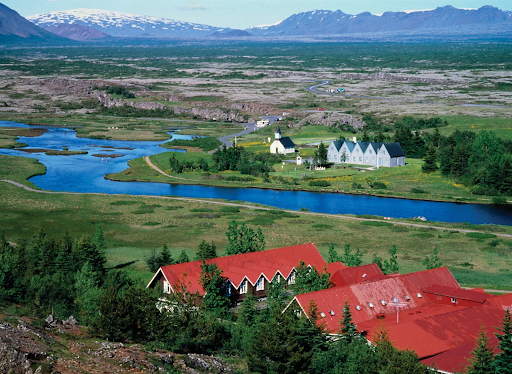 Iceland has a culture that is strongly connected to the country’s history. To truly understand a population's culture and customs, it’s often vital that you go right to the beginning. While we don’t know a lot about any settlers before the Vikings, from looking at ancient artefacts and manuscripts we can begin to piece together what life must have been like for Iceland Vikings since they landed and settled on the island.

Discover more about Icelandic Traditions in our blog before you visit this magnificent and rich country.

When was Iceland Discovered?

As it was such a long time ago, we are forced to rely on ancient scripts to discover when Iceland was first officially discovered. According to early Icelandic sources, there may have been Irish monks living in Iceland before the arrival of the Vikings. These original settlers were reported to have left soon afterwards after refusing to share the island with “heathens”.

Íslendingabók, translating to ‘The Book of the Icelanders’ is the oldest source pertaining to the beginning of the Icelandic people. In this book, written about 1130, it is suggested that Norse people in the Viking Age discovered Iceland and settled there between 870 and 930 CE. It could also be true that Vikings that settled in Iceland were simply fleeing the harsh regulations and rules in place in other Scandinavian countries. After all, Icelanders are known as stubborn people!

Another source, Landnámabók (The Book of Settlements) names Ingólfr Arnarson as the first settler, a man from Norway who settled in a spot he named Reykjavik in the year 874. While this may not be exactly accurate, it is believed that settlers arrived from Norway and other Nordic countries. This is confirmed by the Icelandic language, as it is a Nordic language with close relations to dialects in western Norway.

Another important event in Iceland’s history timeline is the formation of a kind of parliament in 930. Ruling chiefs established an annual assembly called the Alþingi or “Allthing”. Every Summer, this event would be held to amend laws, clear up any large disputes, and elect juries to decide lawsuits. This period of time saw Iceland enjoy uninterrupted growth as it was ruled by the people.

When Norse settlers arrived in Iceland, they were predominantly worshippers of Norse gods, including Odin, Thor, Freyr and many others. This is where much of modern-day Norse mythology continues, with fantastic stories about gods, huge animals, and parables. Paganism involved making sacrifices to different gods, from animal lives to precious metals and items.

However, the spread of Christianity across the rest of the European continent put pressure on the country and pushed the population to the brink of religious civil war. Around the year 1000, the decision was made that all Icelanders would convert to Christianity, though Paganism was permitted to be practised in private.

You may think of Vikings as violent people, pillaging when it suited them. However, settlements in Iceland were likely far more civilised than this makes them out to be. Most earlier Icelanders would have lived peacefully on the island in turf houses built by hand, with fishing or farming being their main livelihoods. You can even still visit turf houses in Iceland today! Hobbies are thought to have included wrestling, swimming, racing, archery, and competitive eating and drinking. It is also thought that women had rights well beyond many neighbouring countries during the Viking Age, including the right to inherit property and to divorce men.

Are you eager to visit Iceland to learn more about its history? Why not choose a road trip in an Atak hire car to roam Iceland’s fascinating landscapes? Browse our cars today and book your affordable Iceland rental car.