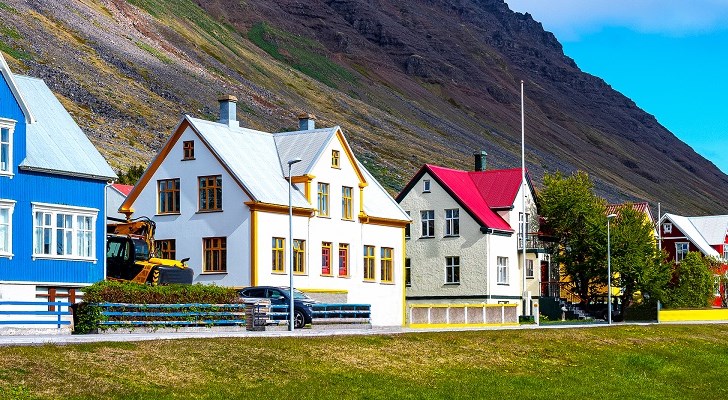 Our Guide to Icelandic Traditions

Iceland is the land of fire and ice and it's a modern paradise of wonders, however, it has a rich history dating back to 874 BC or earlier.  The first settlers were Viking explorers. Iceland was supposedly discovered by Naddodd, who named the island Snæland "Snowland". This was a clever marketing strategy by the Viking explorers, they named the green island Iceland, and the icy island, Greenland. This was to dissuade visitors to come to Iceland and instead direct them to the less habitable Greenland.

Iceland’s Viking heritage meant a significant number of Icelandic traditions and beliefs is grounded on Norse mythology. However, due to the Christianisation of Iceland during 1000 AD, a lot of this heritage was lost. Despite this, to this day, the Icelandic language remains close enough to Old Norse that contemporary speakers can read ancient sagas in the native tongue.

Below you will find 5 traditions practised in Iceland, some are adaptations of old traditions and exist as remnants of Iceland’s Viking past, whilst others are relatively contemporary traditions. See below.

This sacrificial festival is associated with the Icelandic food Þorramatur (thorramatur), the food of Þorri. Þorri (Thorri) refers to the personification of frost/ winter in the form of a legendary Nordic King. In the Icelandic calendar, it is also the name of the fourth winter month which names the period between mid- January to mid- February. The Modern revival of the festival consists of Þorramatur and celebrating the Norse God Thor through poem recital and speeches.

Although popular with the younger generation, Valentine’s day is considered an imported tradition in Iceland. Instead, Iceland celebrates Bóndadagur (man’s day) and Konudagur (women’s day). On man’s day, January 25th, in accordance with tradition, husbands are treated to gifts, romantic gestures and nice food. The most popular meal women cook for men on this day is hangikjöt (Icelandic smoked lamb). Similarly, on women’s day, February 24th, wives are bestowed with gifts and loving gestures. The dates for these celebratory traditions were originally determined by the old Icelandic calendar.

Christmas is done differently across the globe; this Christian tradition is assimilated into the Icelandic culture. Christmas trees are adorned with snowflakes, candles and elves. These elves are the impish offspring of a pair of wedded ogres. Mother ogre is said to steal bad kids at Christmas, whilst the good kids were given presents by the elves. The elves are called Jolasveninar, and 13 of them are said to descend from the mountains where they reside and leave one gift for each child every day for 13 days till Christmas day! Bad children get potatoes. According to folklore, every Icelander should get a new piece of clothing for Christmas, unless they want to die in the hands of the “Christmas Cat”, who is said to devour the breakers of this rule. Quick, bulk buy some socks for your family and friends- or not.

Bolludagur refers to bun day in Iceland, celebrated on the 23rd of February. The special bolla (bun) that takes the stage is ‘Bolludagsbolla’, it is of choux pastry exterior, filled with jam, whipped cream and topped off with a chocolate glaze . There are some rules that govern this; such as, you cannot purchase your own bolla, but you can make others buy it for you by smacking them before they get up in the morning. It is tradition for children to make paper paddles at school to whack their parents with in the morning, yelling “bolla! bolla!”.

This refers to Iceland’s largest domestic travel and festival weekend. It happens on the first Monday of August, across the country but most notably in the Vestmannaeyjar Islands (Westman Islands). Icelanders throughout the country come together to enjoy a range of performances, camping, singing, dancing, drinking and eating.